That is the eternal question first asked by Haddaway waaaaaaaaaaaaaaay back in 1993 (I’m better than Wikipedia, I am).

So what is love? I don’t know. Countless others have spent years trying to decipher its meaning and have found only partial success. I suppose on the most basic level, it’s just a biological mechanism that binds us long enough to successfully reproduce. Of course, it’s so much more than that, right? Check out a pair of fantastic TED Talks by Helen Fisher on the subject.


I may not know many things, but I do know that love is hard work. Sometimes it’s butterflies in your stomach and other times warm reassurance. It can mean having to move half-way across the world, or just bringing some flowers, poetry, and a box of chocolates. Or driving in the middle of a terrible snow storm to get your buddy some meds.

There are many kinds of love: love for one’s spouse, family, friends, oneself, puri with bacon and tea, sixties Spider-Man, that crazy red-faced guy and his buddy who used to collect cans around the McGill campus, and so on. I’m lucky enough to have experienced most of them. I’m curious about what life is like for those who have never experienced any. Sometimes I wonder if that’s where far-right conservatives come from; perhaps they each just need a big hug.

At my sister’s wedding, I had to read the famous love verse from 1 Corinthians 13:1-13

“Love is patient, love is kind. It does not envy, it does not boast, it is not proud. It is not rude it is not self-seeking, it is not easily angered, it keeps no record of wrongs. Love does not delight in evil but rejoices with the truth. It always protects, always trusts, always hopes, always perseveres. Love never fails.”

(At my Nana’s funeral I got to read the much cooler, “I am the Alpha and the Omega, the first and last, the beginning and the end ....” My Nana was awesome like that. But I digress.)

Is that love? Well, I suppose that does cover a lot of territory. Still I prefer this quote that is often erroneously attributed to Dr. Seuss but insofar as I can tell is actually from Robert Fulghum

“We’re all a little weird. And life is weird. And when we find someone whose weirdness is compatible with ours, we join up with them and fall into mutually satisfying weirdness – and call it love – true love.”

One more thing: if you’re looking for a good, unique gift, I can’t recommend My Forever Child highly enough. They truly take the time to make beautifully engraved handcrafted jewellery that convey messages of love and hope. I got the believe hope-miracles necklace for my sister and it is the first gift in 33 years that actually made her happy. I like it so much I got one for Jellybean as well. Give them a try. 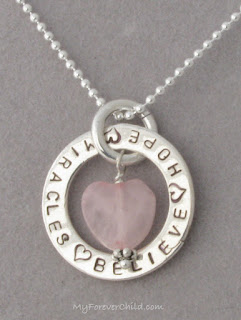 Okay, last one, I swear: that latest episode of HIMYM was finally a good one, but still sad. Someone needs to let them know that comedies are not supposed to make people sad. Especially not on Valentine’s Day.

And thus ends my Australian experiment. I liken the experience somwhat to being repeatedly sodomized with an old, splintered broom handle and being expected to say thank you for it. They don’t like it when you don’t say thank you.

Unfortunately, leaving Australia was just as terrible an experience as when I first arrived many moons ago. Sydney Airport is just awful. After passing through security, I stumbled a bit while putting on my backpack. An official quickly offered to help me, though I soon discovered it was just a ruse to get me to cross the security line for yet another security inspection. He assured me that this had nothing to do with racism, while I, resigned, assumed the usual position. I did not say a word. We both knew he was fooling no one. I did not let it get me down, however, as I knew I was finally out of there and on to bigger and better things.

My flights with Singapore airlines involved about a four-hour layover in Singapore before proceeding to France. The flights were fantastic, with meals ranging from pan-fried fish to egg noodles with seafood. Hosts were so nice, there was absolutely no charge for extra luggage (the stated limits were 20kg checked baggage and 7kg carry on, but I brought 26kg and 10kg respectively), and all in all it was one of the best flights I’ve been on (second only to a LAN flight to Brazil). “Western” airlines (Australian, Canadian, and the dismal American ones) could learn a thing or two (or five billion) from them. Oh I forgot the best part: they had those little airline peanut bags for snacks (apologies to those with peanut allergies, but they are THAT good)!

Incidentally, I used an Osprey Porter 46 for my carry-on luggage, as it came highly recommended on the web; it fits the 115cm linear dimension requirements of Singapore Airlines and only weights about 1.5kg itself. Very handy to have the backpack straps too. I got it for about $130 AUD from the Mascot location here: http://www.sydneyluggagecentre.com.au/store_locations/

My four-hour stop over in Singapore was a breath of fresh air. I had just enough time to stay at an airport transit hotel. The one at T3 was booked out, so the friendly staff booked one at T2, which was just a short Skytrain and walk away (about 10 minutes tops). I had a nice room with twin beds, shower, tub, toilet, TV, etc. for about $50 AUD for four hours. I slept for two hours, had my shower, and then left to roam around the airport feeling very refreshed - in fact, better rested than when I began the flight. Transit rooms like this NEED to happen at more airports. Changi Airport impressed me enough that I’m quite eager to return to Singapore for a proper visit.

Finally, landing in Paris was a breeze. I arrived, went directly to the non-EU passport line, had my passport stamped without the official so much as looking at me and that was it! No checking for suspicious behaviour, no security check for the umpteenth time, no huge quarantine warning and check, no officials fighting over which line to dump me in, no two hour dramas collecting baggage or trying to exit, etc. I still even had an egg-salad sandwich that Jellybean had made me for the flights. It all served to remind me of how shitty some airports *cough* LAX, SYD *cough* really are.

So now I’m in Paris and there is a lot of work to be done, but I am happy and hopeful. I can already tell that this will be a much better fit than The Land Down Under. All the same, I will miss a few things: running ‘round Centennial Park, Bonsoy, Café Umago, salsa with UNSW LDS and at Pumphouse, and of course, my favourite peeps (you know who you are - I love you!).